In 1927, recognizing the importance of grasslands in food security, a group of 16 scientists, from seven European countries, met in Leipzig, Germany to seek ways to improve grassland agriculture and communication among grassland scientists. Close to 100 years later, their efforts have evolved into the International Grassland Congress, an event attended by about 1000 delegates representing more than 80 countries.

Using first-hand accounts of those who lived through its history, this book traces the origin and development of the International Grassland Congress. It also gives insight on how historical events, organizational changes, and technical advances are affecting the event and grassland science as a whole. However, despite shifting priorities and technology, many basic principles, methods, and objectives emerging from the early research in grassland agriculture remain relevant today.

For Best Viewing Experience, download document and open with Adobe Acrobat or Reader on Desktop. 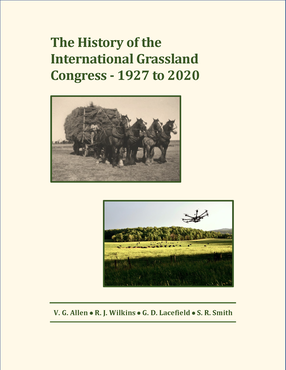